Day 64  Sat 7 May: Decision made. Flight booked. I’m heading home for a few days. After 42 days of cycling around the long coastline of Scotland it is time for a break. The decision was made during those recent days of struggling into the SW headwind, somewhere between Peterhead, Aberdeen, Stonehaven, Montrose, Arbroath and Broughty Ferry. The opportunity to  take advantage of a cheap EasyJet flight from Edinburgh to Bristol was now fast approaching. Of course, the moment I clicked the online PAY NOW button coincided precisely with the easing and turning of the wind and a pleasant rise in the temperature.

A beautiful, calm morning on the Firth of Forth as I set off on the climb out of Kinghorn, heading up-stream along the north shore. The haziness only added to the atmosphere as I crested each brow, expecting my first glimpse of one of the world’s greatest engineering achievements. That famous outline of what is now a UNESCO World Heritage Site, once the longest cantilever structure in the world. The Forth Bridge. An iconic image firmly imprinted on my mind from encyclopedia, film and television images but not seen before in the flesh. Or to be more precise, in the deep red oxide, never finished paintwork. Just one tantalising glimpse before dropping down through Inverkeithing towards North Queensferry. Crossing such a mega structure as the 1964 Forth Road Bridge on a bicycle would have been a thrilling enough event. But to be pedalling south-bound along the east-side cycle path, with THE Forth Bridge, the 1890 railway bridge, suddenly in full view just a few hundred yards to my left was just awesome. To build a 1/100th scale model out of Meccano would be a big enough achievement for most budding engineers. Looking now at the real thing poses the question. How did they do that? A fascinating procedure of controlling mass with balance. And by employing over 4,550 workers in its 57,000 ton steel construction. And at great human cost. “Of the 73 recorded deaths, 38 were as a result of falling, 9 of being crushed, 9 drowned, 8 struck by a falling object, 3 died in a fire in a bothy, 1 of caisson disease and the cause of five deaths is unknown.” (Thanks Wiki). The 1964 road bridge claimed 7 lives in its construction. It is now struggling to keep up with the modern flow of heavy traffic and will soon be semi-retired, carrying only public transport, cyclists and pedestrians. On completion of the third Queensferry Crossing later this year, all heavy goods and other traffic will be diverted to this new road bridge, which sadly claimed its first victim very recently.

The setting for the Queensferry Inshore Lifeboat Station is pretty dramatic. The modern boathouse, extended to house the current Atlantic B class, sits at the top of the South Queensferry slipway/pier in the shadow of the magnificent 1890 Forth Bridge. Quite an appropriate, grand setting for Fondo’s temporary home at this, our 100th Lifeboat Station visited since setting of from Penlee Lifeboat Station in far off Cornwall, 63 cycling days ago. Many thanks to Mike (ILB Helmsman) for the welcome and for kindly agreeing to look after Fondo while I take a short break in the sunny, warm south. Back soon. 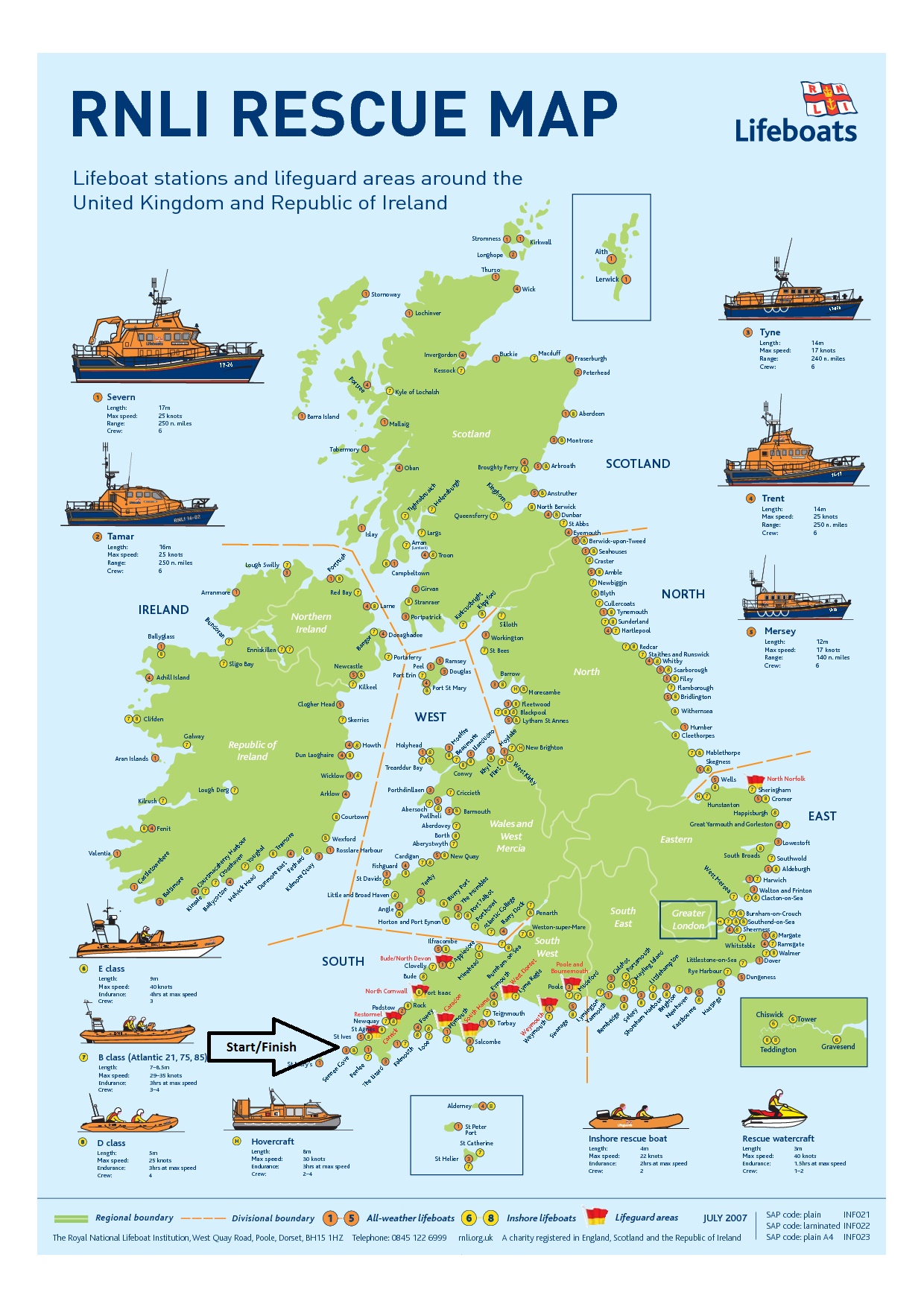