As already mentioned, the day started at Coosan Point on Lough Ree with the witnessing of some real Lifeboat action. Hence, a later start than planned. Fond farewells to my new friends here at this beautiful but currently overcast, chilly, windswept lakeside setting. There really is quite a choppy swell out there. Can today’s forecast be true? Ok, it’s going to be wet & windy. But the good news is that yesterday’s southerly wind has swung around to the East by Southeast! When did I last have two consecutive days of wind on my back? Not sure if I ever have. But first I must head South from Coosan Point into and through Athlone before turning West, 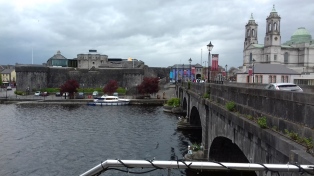 crossing the Shannon once more, unfurling Fondo’s spinnaker and returning to the west coast. Back to Galway Bay.

This 3 day, triangular inland detour has added another 189 miles, making a total of over 900 Irish miles cycled in 17 days on the road. Almost half way around the final phase.

Oh I do like to be back beside the seaside. Reaching the coast a few miles south of Galway City, I can end the day by turning right and resuming normal service by keeping the sea on my left as I approach Galway Lifeboat Station. 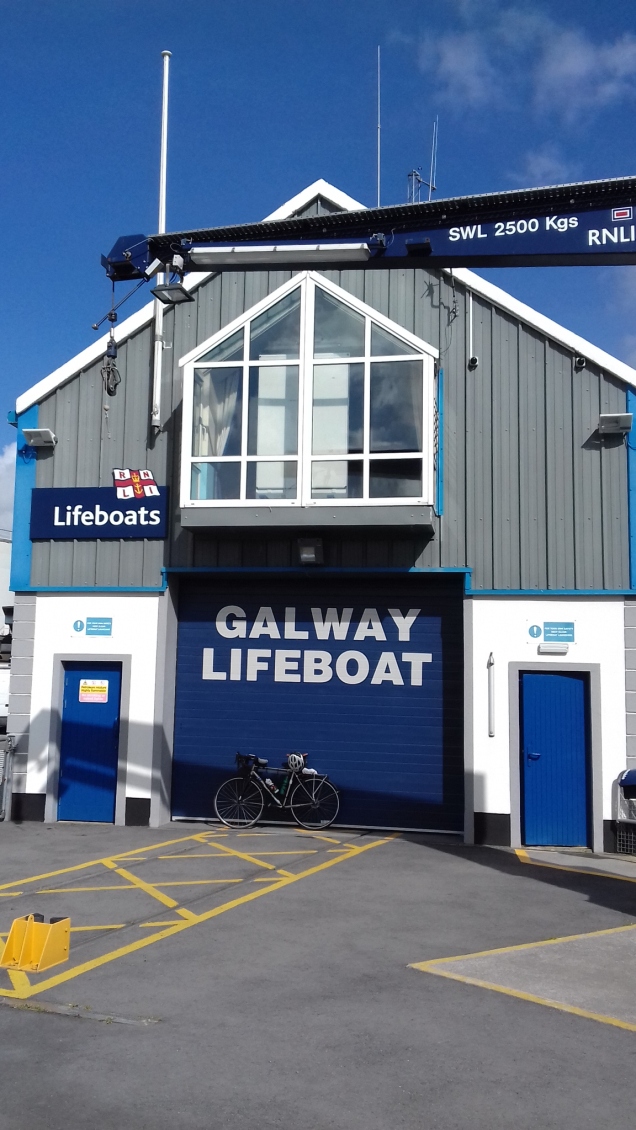 Can you guess what’s behind the big blue door? 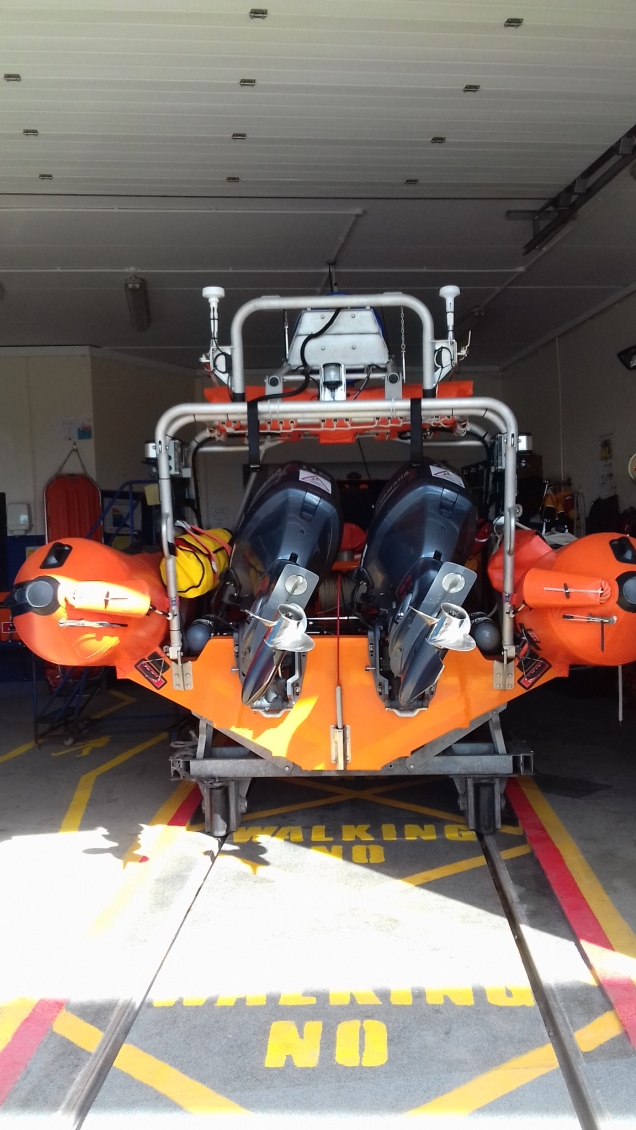 Thanks to Mike Swan, Galway’s Lifeboat Ops Manager, for the full tour of the Station, with its davit-launched high speed Atlantic 85 Lifeboat. With this system, and being in the heart of the harbour in busy Galway City,  this ILB can be (and usually is) on the water and away within very few minutes of the volunteer crew’s pagers bleeping. With regular weekly crew exercises and nine shouts already this season, this is another busy Station.

Time to soak up some Galway atmosphere, refill the empty carb-tank and re-charge the batteries.

Next stop, Rossaveel Ferry, for the Aran Islands. 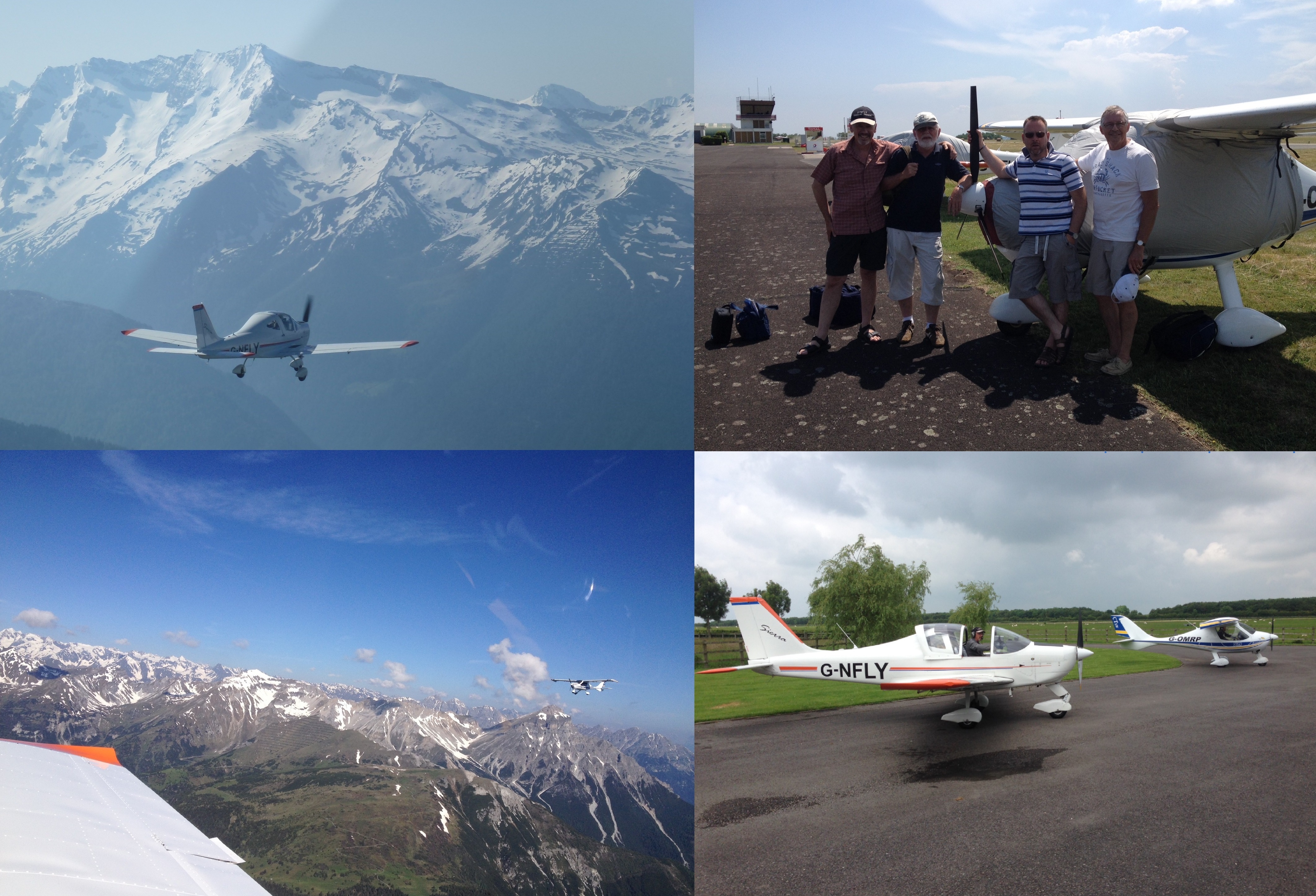