Today I have the pleasure of handing over the controls to brother Neil, aviator extraordinaire, who has just flown in to Sligo with co-pilot brother Phil, and kindly offered to write today’s blog. Take it away Neil.

There I was, expecting a quiet day at home. A phone call.  Steve was in trouble. He’d lost a cycling glove and, with just the one, was in danger of cycling round in circles.  No problem.  I had a spare pair.  Quick phone call to my other brother/co-pilot, Phil and, quicker than you could say ‘another pint of Guinness’, we were winging our way from North Oxfordshire, via Haverfordwest, over the Irish Sea and up through the lovely Irish countryside to Sligo with a pair of red and white Bontrager cycling gloves.

Steve had successfully cycled up the coast one handed and was waiting anxiously at the airport for his glove. Imagine his dismay when, after a blue and white Sportcruiser landed and taxied in, he went out to greet his brothers only to find it wasn’t us!  It was John and Gwerfyr, a couple from Sleap in G-CGIP. We landed soon after and presented him with the gloves.

It would have been rude to jump back in the plane and head straight home so we dug out the tie-downs and secured the plane for the night before heading for the first of two pubs and then to Rugantino’s in Sligo town for pasta. Off back home tomorrow, secure in the knowledge that Steve will be back on the straight, albeit not so narrow, road (N15) to his next RNLI Lifeboat Station.

Thanks brothers. You were quicker than Royal Mail but might have cost a little more. Bleddy Baby Boomers. All cash and no sense. Next time just give it to the RNLI. But it was great to catch up (they tried to tell me there’s another General Election soon in the UK, but I’m not that gullible). Very decent of the good people of Sligo Town to organise such a jolly post-pasta welcome. 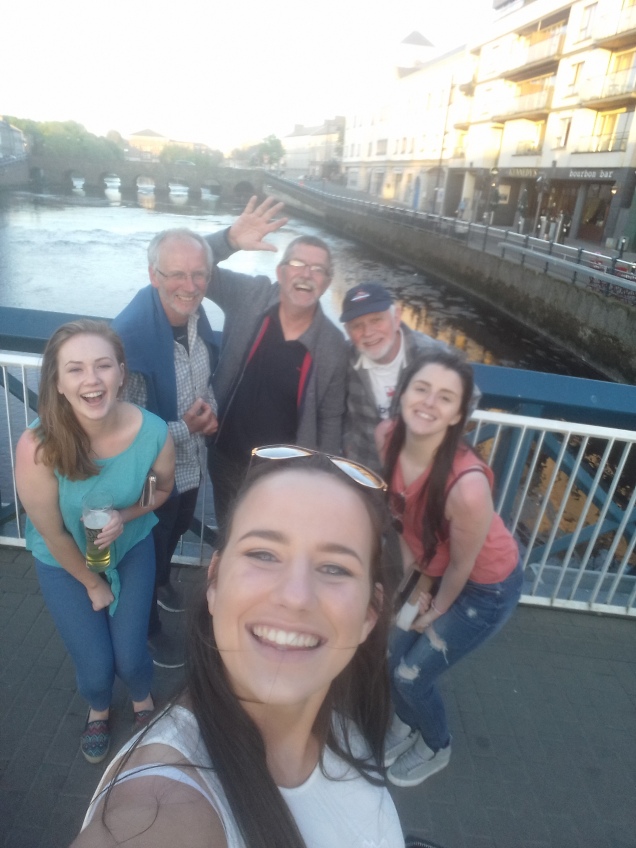 The Sligo Bay Lifeboat visit will have to wait until tomorrow.